Rema took to his official Twitter handle to pen a short note for Davido as he clocks 30.

His note was however interpreted by Davido’s fans as disrespectful.

Fans of the singer, David Adeleke alias Davido have descended on the youngster, Rema following his birthday message to OBO.

Davido who turned 30 on 21st November amid his silent state owing to the death of his son, Ifeanyi, is currently being celebrated by fellow celebrities and fans all over the world.

In line with this, Rema took to his official Twitter handle to pen a short note for the singer. His note was however interpreted by Davido’s fans as disrespectful.

Sharing a photo of himself and the singer, he wrote: “Love you OG ❤️@davido”* 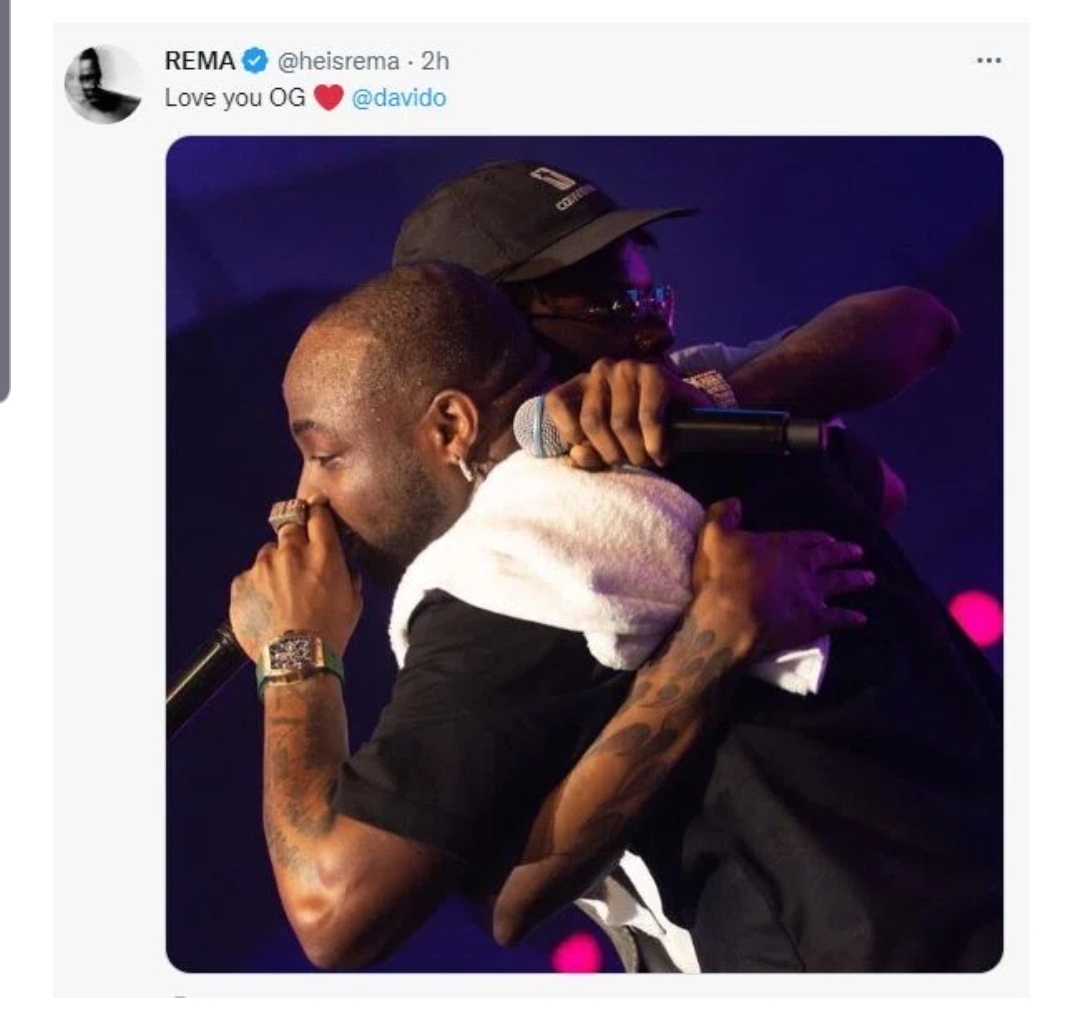 Reacting, tweeps stormed the comment section to reprimand him for referring to Davido in such a manner.

“Divine, who be OG? No be small thing u take senior made?”
@Hojay_Sax wrote: “You’re Ryde…you can’t put boss..na Davido be OG. All this 2000 children sef”

“Na Davido you dey call OG you no well…….This is Nigeria stop playing…. I be WIZKID FC but we know the truth…. David na King 🤴”

Personally, I can’t find anything wrong with Rema’s tweet. Did you see any?

The post MUSIC LOVERS!! Rema Faces Backlash For Calling Davido “OG” (Is Anything Wrong With That?) appeared first on Naijaloaded | Nigeria’s Most Visited Music & Entertainment Website.